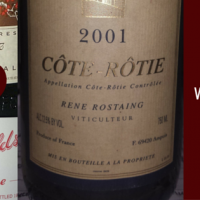 By Phil on March 7, 2016 in barossa, Blog, canberra, great western, heathcote, Henty, hunter valley, rhone, shiraz/syrah, Sunbury, Victoria, wine education, wine knowledge
It should be easy. But can you tell me what does Shiraz taste like? Is what you’ve tasted an accurate idea of the Shiraz taste? Even a professional like me gets confused. Let me set the scene.

I spent an enjoyable January talking to people.

It is one of the fun things about Jan that no one is in a hurry and I can get some good insights. Also, bank and financial service people want to help. They will spend a lot of time on the phone trying to find a way to get me a good deal *Phil’s non-wine tip*.
I was sitting at dinner a few Mondays ago with a group. The group has been meeting at the same restaurant, Matteo’s, every second month for 15 years. Some would say it lacks imagination, others that it is pure dedication. I’ve been going for about 13 years and that makes me feel old. The knowledge and confidence of the attendees has grown over that time. As we sat with 8 blind (masked) wines in front of us. All outstanding quality and free of cork taint or oxidation. We guessed through them in turn. Each person asking three questions about their wine and giving three options for the answer. I had a shocker. “Some times you’re the rooster and sometimes you are the feather duster”.

Here I was drinking a wine, trying to work it out. From the tannin profile and mineral characters where in the world it was from. My mentor Patrick says, “That could only be Shiraz because of the pepper”. Well, der Phil! I had an epiphany, let’s not make the wine world any more complicated than it already is. Add pepper to descriptors of the Shiraz taste.

I’m going back to basics. Rediscovering what the flavours of the wine world are. I’ll start with… uuuuummmmm…..

At a glance is Shiraz (also known as Syrah) is a red grape variety that originated in France. It is most famous for dark and dry wines from the Northern Rhone. But it is a bit of a chameleon. Shiraz can change how it looks depending on terroir and/or winemaker influence The Syrah-based wines of Northern Rhone are dry and austere while the Shiraz of Barossa are rich and fleshy. A variety that lends itself to long aging but can be drunk at any time of its evolution.

What’s in a name?

Shiraz and Syrah are the same variety. They are interchangeable and while some people claim they denote a style (don’t get me started on Gris/Grigio) it is simply not true in every case.

Good question and this is where it gets a bit trickier: The climate and winemaker influence are big factors.

In cooler climates and/or seasons it is very much driven by white pepper, red and blue fruits and even some floral notes. It is often a lot more savoury with earthy/meaty/gamey elements being more evident.

Oak is important. The level can be anywhere from imperceptible to this isn’t Shiraz, it’s oak tea served in oak cups with a side of toast. French oak tends to be more subtle, savoury and spicy. American oak is the big flavoured, sweet, vanilla (think Bourbon).

Structurally the wines tend to have moderate acidity and moderate to strong tannins. Where it comes from doesn’t change this and the winemaker has a lot of control here.

As Shiraz ages, it becomes more savoury and earthy. It can become more porty (currants, sweet-fruited and perfumed). The tannins softening out over time.

Where do I get good Shiraz from?

Shiraz, like Chardonnay, will excel anywhere on the planet you can grow grapes. It’ll taste like Shiraz everywhere and you can high or low crop it. Now that I’ve ruled out the oceans and deserts of the world, let’s talk about some of my favourite Shiraz places:

Rhone Valley One of the great wine regions in the world. Situated along the Rhone river in South-East France. There is a distinct divide between the Syrah dominant North where the Mistral wind cools and regulates the temperature. And the hot lands in the South where Grenache is at its peak. The region produces everything from easy-going quaffers to wines that demand long term cellaring.

Barossa Valley (and Eden Valley) One of the major wine regions of Australia. Known for making great Shiraz by any standard. Definitely in the warm climate style on the valley floor. But as you venture up to the Eden Valley you can definitely see the cooler influence. Blends with Grenache and Mataro are classic for the region too. The exploration of sub-regions has opened up a new palate of flavours for the super keen.

Heathcote The glamour region of Victoria for lovers of big reds. And the core production is Shiraz and Cabernet with ‘guts’. But it is a region that offers a lot of diversity when you scratch the surface. The cooler southern parts border Macedon and make lovely aromatic wines. My preference is for the cooler styles. But the Shiraz from the classic patch of Precambrian soil is unique and distinctive. Venturing too far North leads into badlands for wine lovers.

Hunter Valley (YES REALLY!) Although it is historically important to Australia, if you replanted from scratch you’d never even visit the Hunter. Rain almost every harvest and excessive heat mean hard work. But the results in the bottle show each year. Shiraz and Semillon are particular highlights.

Sunbury (sort of) It is just the Craiglee vineyard to be honest. They have the classic white pepper and red fruits. The wines age forever and are stunning.

Canberra District  There is heritage back to 1840s but the region started in 1970s with experimental blocks planted. The climate is cool and the elevation is between 300 and 800. Riesling and Shiraz are standout varieties with site determining what other varieties excel. Most famous of the lot is Clonakilla for good reason, they make amazing wine. But an explosion of quality producers has made it a whole region rather than a one winery show.

Western Victoria Great Western, Henty and parts out that way. The wines can channel the cool and warm climate vibe in one product. Lots of pepper and spice but also ripe fruits in the dark spectrum. There is a strong track record of aging too with wines from Best’s, Seppelt’s and Mt Langi being standouts.

What to do with all of this knowledge?

Drink great Shiraz. There is an ocean of ‘OK’ Shiraz out there on the market. Focus on the exceptional ones. And for the love of Bacchus drink Sparkling Shiraz, it’s a beautiful thing.

Why Sicilian wine is becoming our thing too.
What Wine Goes With Chocolate?